Indigneous and non-Indigenous peoples lived in separate worlds prior to contact. Each had different languages, cultures, governments, and societies.
Time immemorial

The Doctrine of Discovery, also known as the discovery doctrine, is the legal and moral  justification that explorers from European nations used to claim the title to lands used by sovereign Indigenous nations.

The Doctrine of Discovery can be traced to three Papal Bulls (formal statements from the Pope): papal bulls known as Dum Diversas (1452), Romanus Pontifex (1455), and Inter Caetera (1493).

More info: Assembly of First Nations: Dismantling the Doctrine of Discovery, Statement from the Canadian Conference for Catholic Bishops

A treaty made between the Haudenosaunee and early European newcomers (initially the Dutch). It has become an example of a treaty made respectfully between equal partners. The treaty is represented by a wampum belt. On this belt, the two lines of purple beads on a white background represent two rivers. One river has a canoe, the other has a boat. Both rivers carry the two nations along peacefully. In this agreement both nations agreed to recognize and respect the sovereignty of the other nation and further agree that neither group will force their laws, traditions, or customs on the other.

The Royal Proclamation is a document that set out the guidelines for European settlement on Indigenous lands in Turtle Island (North America). It was issued by King George III after the end of the Seven Years War to promote stability and prevent future wars from taking place.

The Royal Proclamation set aside all the lands west of the Appalachian mountains for the First Nations, it also laid out the legal framework for future treaty making.

Treaty of Niagara and the Covenant Chain of Friendship

Over 2000 representatives from nations from (present) Nova Scotia, to the prairies, to (present) Hudson Bay gathered at Fort Niagara to meet with Sir William Johnson, superintendent of Indian Affairs representing the Crown.

At this gathering, the relationship between these nations and the crown was discussed in the context of the Royal Proclamation issued a year earlier. The Covenant Chain of Friendship, which was originally only between the Haudenosaunee Confederacy and the Crown, was affirmed and extended to other Indigenous Nations.

Although the Canadian government does not recognize the Treaty of Niagara, Indigenous Peoples see this Treaty as essential for understanding the Royal Proclamation and its impact on Indigenous-crown relations.

These discussions set the framework for all following pre-confederation treaties.

The First Nations recognized that Canadian settlers were increasingly using their lands and resources without an agreement in place to establish relationships of mutual respect and shared understanding of boundaries and benefits.

First Nations and Canada entered into eleven numbered treaties which are remembered today through both the oral record - the discussions and agreements that were made verbally and were passed down each generation, and the written record - the portions of the treaties that form the written text of the treaties and the speeches and agreements that were transcribed during that time.

These agreements are best understood as relationships that were entered into rather than documents that were signed.

It does not directly apply to the Métis or Inuit.

From its inception is clear aim was to eliminate First Nations culture and facilitate assimilation into Euro-Canadadian society. Shortly after confederation it replaced the Gradual Civilization Act of 1857 and the Gradual Enfranchisement Act of 1869.

The 1969 White Paper is formally known as the “Statement of the Government of Canada on Indian Policy, 1969.” This is a policy paper presented by Prime Minister Pierre Trudeau and Minister of Indian Affairs, Jean Chrétien, that proposed that equality between Indigenous and non-Indigenous peoples could be achieved by ending the special legal relationship between Indigenous Peoples and Canada. All previous documents pertaining to this relationship would be abolished including the Indian Act and the Treaties.

The paper was met with fierce opposition from Indigenous leaders from across Canada and sparked a new era of Indigenous political organizing in Canada. In 1970 the Indian Association of Alberta presented Citizens Plus which became known as the Red Paper. The Manitoba Indian Brotherhood presented Wahbung: Our Tomorrows. Similar documents were published across Canada as Indigenous peoples resented a united front and the white paper was defeated.

The Oka Crisis originated when the mayor of Oka (a small town in Quebec) gave approval to expand a golf-course onto a Kanehsatà:ke cemetery.

The members of the Kanehsatà:ke community pursued all possible ways to communicate that expanding a golf course onto their cemetery is a violation of their human rights. Eventually they built a barricade to prevent the expansion. However, the provincial courts granted the mayor of Oka an injunction to continue the project.

As the tensions escalated, Indigenous People from across Canada showed their support. Several communities across Canada held protests, events, and blockades in solidarity with the people of Kanehsatà:ke.

On August 4, 1990 the Canadian Armed forces were deployed and the media coverage of these events began receiving international attention. Over 4000 soldiers, 1000 vehicles, tanks, trucks, artillery pieces, are set up in the area. Close to 1000 soldiers replaced the provincial police and surrounded the Mohawk barricades.

The people of Kahnawake began to evacuate their women, children, and Elders to protect them from an invasion of Canadian Troops. 75 cars crossed the Mercier Bridge into Montreal and were met by an angry mob that threw rocks at their vehicles injuring several women, Elders and children. Neither the police nor the military intervened.

On September 1, 1990 the army advanced on the barricade and the altercation between police, soldiers and Mohawk people left almost 100 people injured.

This crisis has become a pivotal moment in Canadian history. The question of Indigenous sovereignty over lands has become a prominent issue in the decades that followed.

After the Oka Crisis, the Canadian government sought to research the origins of the conflict between Indigenous and non-Indigenous peoples in order to prevent a stand-off like Oka from ever happening again.

They formed the Royal Commission on Aborginal Peoples which was one of the largest royal commissions in Canadian History. In 1996 the royal commission published its final report. The report includes a detailed summary of the legal, social, and political history and a 20-year plan for improving the relationship between Indigenous and non-Indigenous people in Canada.

Over 150,000 Indigenous children were forcibly removed from their families and home communities to attend Indian Residential schools. At these schools students were physically and sexually abused and experienced severe trauma.

The purpose of the residential schools was to erase Indigenous cultures and to aid in the assimilation of Indigenous children into the body of Canada.

The survivors of these residential schools organized themselves into one of the largest class action lawsuits in Canadian history.

The parties to this lawsuit reached a settlement agreement in May 2006.

The funds from this settlement were used to fund the work of the Truth and Reconciliation commission. This commission was an independent body tasked with gathering the truth of the legacy of residential schools across Canada and for guiding Canada on a path toward reconciliation.

United Nations Declaration on the Rights of Indigenous Peoples (UNDRIP)

As a result of decades of advocacy and work from Indigenous leaders from around the globe, the United Nations Declaration on the Rights of Indigenous Peoples (UNDRIP) was a resolution that was passed by the United Nations in 2007. Initially, the only four nations to vote against the resolution were: Canada, United States, Australia, and New Zealand. Each nation has since reversed their vote.

UNDRIP sets out the minimum standards for the survival, dignity and well-being if Indigenous Peoples worldwide. It is referred to numerous times in the Truth and Reconciliation Commission’s 94 Calls to Action and is referred to by Murray Sinclair as a roadmap to reconciliation.

Final Report of the Truth and Reconciliation Commission

The Truth and Reconciliation Commission (TRC) issued their final report in several volumes. A summary of the report was prepared called Honoring the Truth, Reconciling for the Future.

The TRC also issued 94 Calls to Action to provide Canadians from all sectors of society with opportunities to participate in the work needed for reconciliation in Canada.

150th anniversary of the numbered treaties

Canada celebrates 150 years since the start of the nation-to-nation agreements known as the numbered treaties.

National Day for Truth and Reconciliation

September 30, 2021 was also the first federal statutory holiday known as National Day for Truth and Reconciliation. This day is the result of the Truth and Reconciliation Commission’s Call to Action #80 and recognizes the vital importance of public commemoration of the tragic and painful history and ongoing impacts of residential schools.

More info: Phyllis Webstad’s Story in her own Words, National Day for Truth and Reconciliation 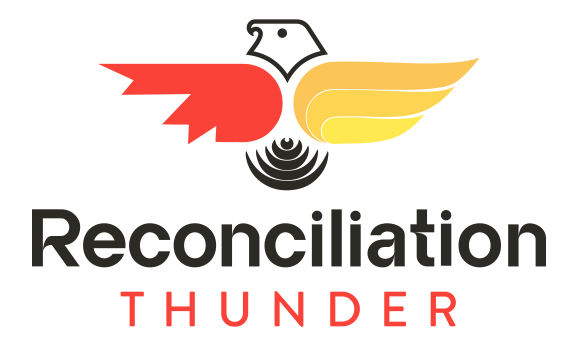